Reims and Épernay are the two major cities of France’s Champagne region. They are both home to famous champagne houses and have a great deal to offer their visitors. But since it’s a city full of cafes, shops, champagne houses, and UNESCO World Heritage Sites, Reims is a good starting point for exploring the area.

How To Get to Reims From Paris

Wine drinkers visiting Paris often find time for a short excursion to Reims for champagne sampling. It is quite simple to get there and will only take about 45 minutes. Get to the east railway station and board a TGV (Train à Grande Vitesse) train to Reims.

You don’t have to buy tickets in advance. But it may get busy at times, so we highly recommend it to make sure you can get a seat.

Having a history dating back to 1729, Ruinart is the oldest Champagne house in Reims. Champagne at that time could only be transported in barrels and thus only travel very short distances. That changed when Louis XV issued an order stating that wine may already be delivered in bottles. So Ruinart wasted no time and bottled Champagne started to find its way beyond the region in 1730.

A 2-hour guided tour of the Ruinart cellars followed by a sampling of two champagnes costs €70. It comes with sampling of two cuvées: Dom Ruinart and Millesime (rose or blanc de blanc). Tours are given in both French and English. You may also request a tour in another language by sending an email ahead of time – if you don’t speak French definitely make sure you sign up for the English version. There is a lot of interesting information shared during the tour and you don’t want to miss out.

The tour of Ruinart may be my favorite tour of all the large houses. Not only do I love their Champagnes, but the tour of their caves includes some really interesting history as well as some amazing art exhibits. I won’t spoil the surprise by explaining too much but let’s just say that this house is a serious supporter of the arts and the tour, while not cheap, is well worth it.

Veuve Clicquot, perhaps the world’s biggest and most recognized Champagne houses, is noted for its striking orange-yellow logo. This worldwide prestige symbol may charge more for Champagne tours than other Champagne houses in Reims, but its cellars were declared a UNESCO World Heritage site. That’s hardly unexpected given that they’ve been producing wine since 1772.

Born into a family of bankers and textile dealers, Philippe Clicquot broke away from his family’s business and founded the Clicquot brand in 1772. His widow took over in 1805 and created the first vintage champagne in 1810. In 1814, Madame Clicquot fulfilled her late husband’s dream of ‘crossing the borders’ as she shipped 10,550 bottles to St. Petersburg. She also created the first blended rosé Champagne in 1818.

Following the tour of the cellar and facilities, you will be able to sample their champagne.

To know more about their tours and tastings, you may visit the official website of Veuve Clicquot.

Narcisse Greno founded the winery in 1836 and partnered with Louis Alexandre Pommery in 1856. But it was Louis’ widow, Louise Pommery, who made things interesting. In 1876, Louise decided to produce Victor Lambert’s Brut Champagne in large numbers to meet the untapped English market, which favored a lighter, dryer flavor. And the rest, as they say, is history.

The business went well and Madame Pommery constructed the structures that connect 120 Gallo-Roman underground cellars. She recruited miners to continue the work of Roman troops who had mined chalk during the conquest of Gaul, resulting in a labyrinth of wine cellars with 18 kilometers of arched corridors.

The Elizabethan-style Pommery champagne house we see now was built in the 1800s by Jeanne Pommery, the lady of the house at that time. The complex is comprised of a variety of architectural styles, ranging from neoclassical to medieval Gothic to high Victorian.

Today, Pommery is still one of the largest Champagne houses in the world, producing approximately 500,000 cases of Champagne every year.

The main hall is dominated by a massive 75,000-gallon Grand Foudre Pommery barrel produced in 1903 by Emile Gallé. When your tour is called, you descend into the basement by a 116-step carved-in-the-rock staircase.

The trip concludes with a sampling of Pommery Champagnes. The “Art of Champagne Caves” tour is an hour-long tour of the chalk cellars (crayères). It includes Pommery’s history and wine creation and a visit to the modern art display. You can choose between a single glass for €22, a cuvée experience for €26, or two glasses for €30.

The “Henry Vasnier’s Dream” tour, on the other hand, is a 90-minute excursion through the visions of Henry Vasnier, Madame Pommery’s right hand. It includes a visit to the Pommery Cellars and the Villa Demoiselle, a charming turn-of-the-century villa built in 1904. It comes with a two-glass sampling, too.

The tours are conducted in English, French, and German.

Taittinger’s basements, which date back to 1734, are also among the caves that have just been designated as a UNESCO World Heritage Site.

The grand gates set the tone for this traditional champagne house. The tour begins with an interesting movie about Taittinger’s history, which began with Jacques Fourneaux. He founded a winery in the area during the 18th century. For over 200 years, his Forest-Fourneaux winery produced local wines until 1932, when Pierre Taittinger purchased the winery.

You’ll then descend into the spectacular 4th-century crayères, or chalk mines. You’ll go through the ruins of Saint Nicaise Abbey, which date back to the 1200s. The Abbey was destroyed during the French Revolution, although some ruins may still be seen. Then you’ll climb 18 meters down to visit the chalk caves where their champagne is matured for many years before they sell it.

Tours are available in English, French, German, or Spanish. You may visit their official website for more information about their tours and tastings.

G.H. Martel & Co. is located just around the corner from Veuve Clicquot and Taittinger. It also boasts a historic chalk quarry, which was excavated between the 4th and 15th centuries and is accessible to the public.

The one-hour tour showcases its cellars, its champagne ecomuseum, and its spectacular 18th-century buildings. It starts with a video and concludes with a tasting of three champagnes in their store. They frequently have special deals on their large selection of wines, in case you’re looking for some bargains to take home with you.

If you don’t have time for the complete tour, you may always stop by the wine store for a taste.

Getting Around Reims, Champagne Region

Reims, especially its town centre, is a walkable city. The challenge, though, is getting from the train station in the city centre to the part of town where the champagne houses are. So you may take a cab or book an Uber ride.

Once you get there, we suggest you begin at Veuve Clicquot since it is the farthest away from the city centre. Then you can walk to several other champagne houses that are only about 5 minutes away from each other.

You can also get a Reims City Pass. It comes with unlimited public transport, lots of discounts in their partner restaurants, free city tour, free guided tours, free champagne, and entry to some champagne houses.

There are also several car rental services near the Reims train station. It usually costs around €40 for a whole day rental.

What To Wear During a Champagne Tasting Tour

We recommend wearing something nice yet comfortable — not too fancy but not too casual either if you don’t want to feel underdressed. Bring a sweatshirt as well, since it may be chilly underground no matter what the weather is outside. 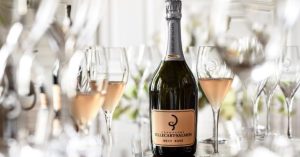 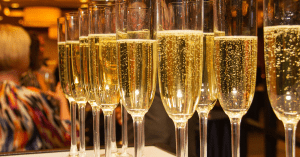 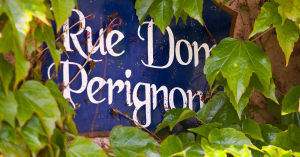 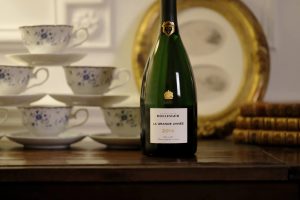 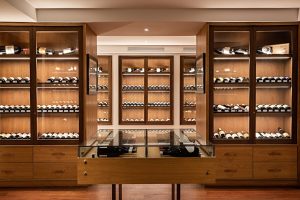